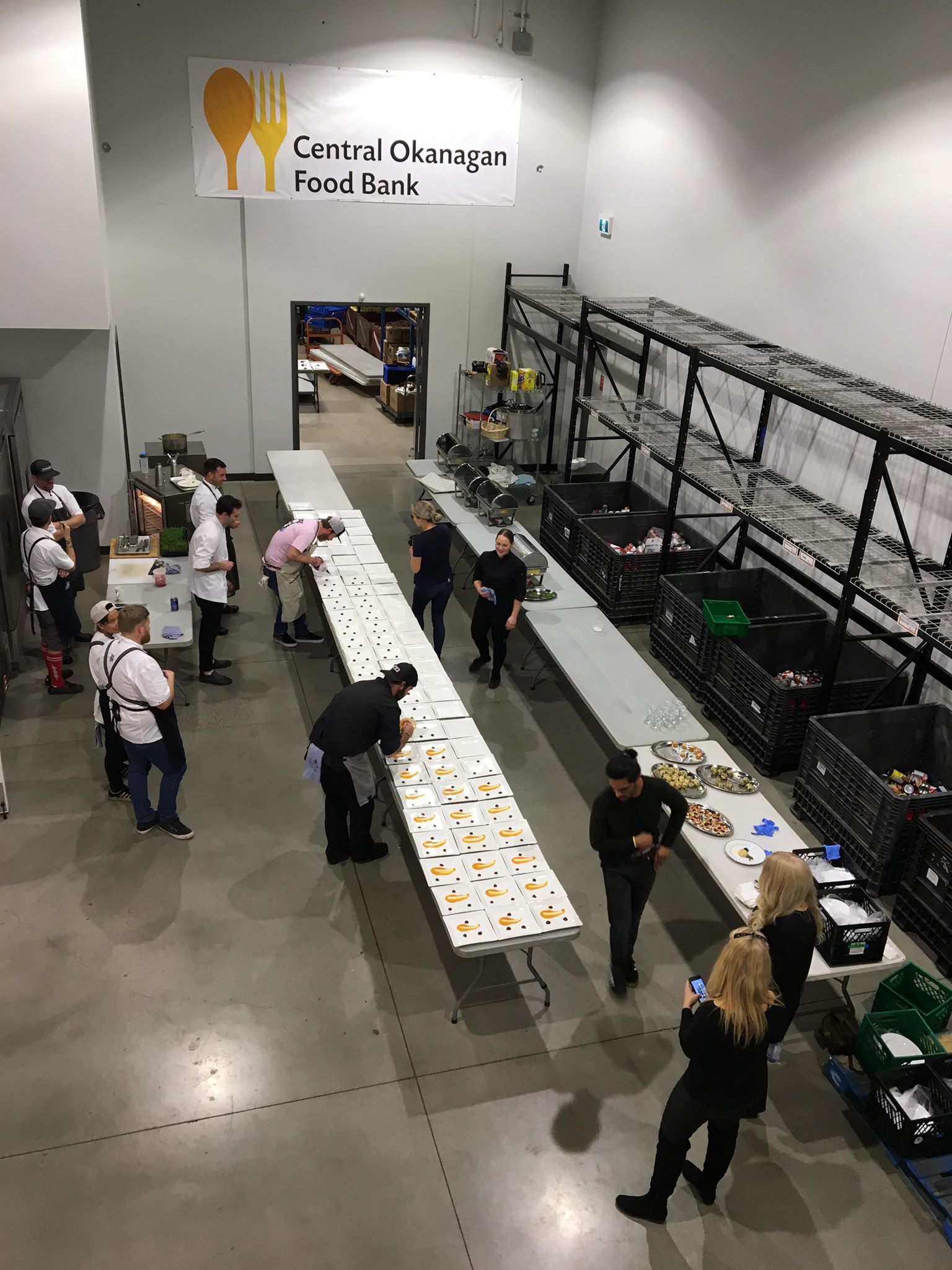 In the past, Cody would have run the Fork and Spoon Gala on a competitor’s platform, causing setbacks including lack of event messaging, data collection, and tax receipting. Cody would have lost out on initiatives to increase capacity and donor tracking.

what could have been a lost opportunity has now become a major gain for the Central Okanagan Food Bank.

As a champion, Cody was keen to set up a multi-course dinner event that would rival the likes of Michelin-Star restaurants. After reaching out to trellis to see how we could help, Cody connected with the Food Bank’s staff to see if they could set up an event page on trellis.

In moments, this director and her team were able to have a customized and beautifully designed campaign that would resonate with donors.

After uploading their own video, logo, and graphics, the Food Bank left the event for Cody to run on the trellis platform.

In the midst of determining details, Cody contacted his friends who were chefs, and they jumped at the chance to support the Food Bank in a new and engaging way.

Chefs created a multi-course tasting menu using only ingredients the food bank had at that current time in their warehouse. The interactive gala included a live band, and attendees finished off the night being wowed by a magician.

Since this gala, many new ideas have sprung up between the chefs, the champion, and the staff at the Central Okanagan Food Bank. Plus, donors are already looking forward to next year’s Fork and Spoon Gala.

People are looking for causes to support, and want to give back in fresh ways.

For the Food Bank, this meant there were nine local chefs eager to volunteer their skills in preparing a 9-course meal as part of a forward-thinking gala fundraiser.

The chefs were faced with the challenge of creating meals solely from ingredients on hand at the Food Bank at that time. The most popular menu items included: fried chicken balls made from adobo sauce and canned chicken, breaded with chips; pepperoni and marshmallows combined in bite-sized portions; and desserts made from jello and tofu. All dishes received rave reviews from donors!

there was a value-add for the Food Bank, and this event was relatively low-maintenance for the chefs.

In launching this gala event, the big goal was showcasing the Food Bank in new and original ways.

by providing unique experiences like this gala, donors feel valued in the midst of giving generous donations.

People are more willing to give if they get something back, even if it isn’t tangible. By highlighting the incredible dishes that can be made from a variety of donated ingredients, people become more invigorated to give and become involved in the Food Bank’s causes.

Organizers found the analytics to be useful in gathering data on ticket sales and online engagement. As well, the event page will be ready to go for next year’s gala, saving event organizers both time and money in their future endeavours.

cookbook in the making

During the evening, a chef had the idea of compiling a cookbook with the recipes each chef creates as the event goes on. Next year event organizers will create a Flipbook Cookbook to give donors at the gala, sharing recipes created from this first year’s gala event. Since photographers were at the event to document the incredible food being made, and chefs are eager to share how they created recipes on the spot, the Food Bank will be able to thank the community in a fresh way by making these recipes known.

Already businesses are coming forward asking to get involved and sponsor next year’s gala initiatives. Hooray for champions, local volunteers who are willing to provide their talent in diverse ways, and fundraisers who now have access to donor tracking through an all-in-one online event fundraising platform.

book a demo today to connect champions with your cause